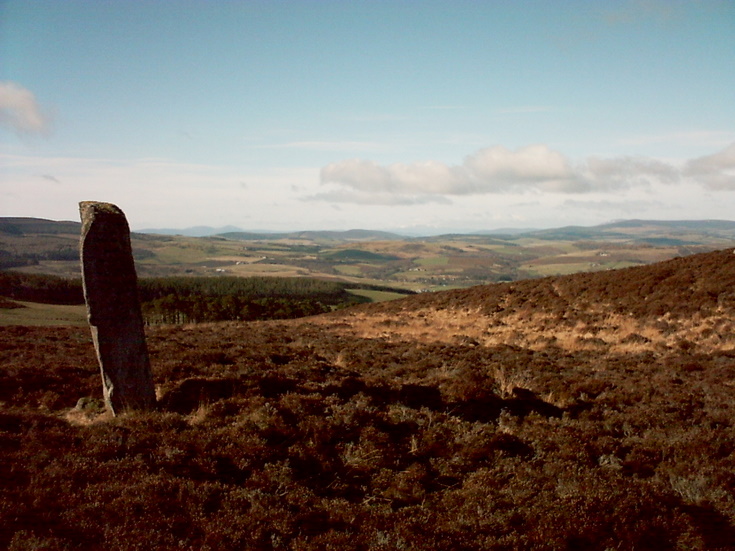 Here viewed from the north. Possibly a prehistoric boundary marker. Sometimes mis-associated with MacBeth's son Lulach (his stone is at Essie near Rhynie). Luath was the mythical hound of the Celtic god CuChullin, and the legend is that he tied his hound to an upright stone so that he could get on with the day-to-day duties of a Celtic god. Luath means "swift" in Gaelic.....so a swift dog tied to a stone! Luath may also be a corruption of the Gaelic word for "grey", as grey in colour it certainly is. There doesn't seem to be any signs of outliers or a recumbent (unless these were removed at some time), but the stone is in a good location for lunar observations so maybe it was once part of a stone circle. Views to the south towards Mt Keen and Lochnaggar in the far distance, as well as Pressendye on the extreme right. Corrennie Moor to the extreme left.
Picture added on 16 August 2008
This picture is in the following groups
Prehistoric stones and stone circles
External Links
CANMORE