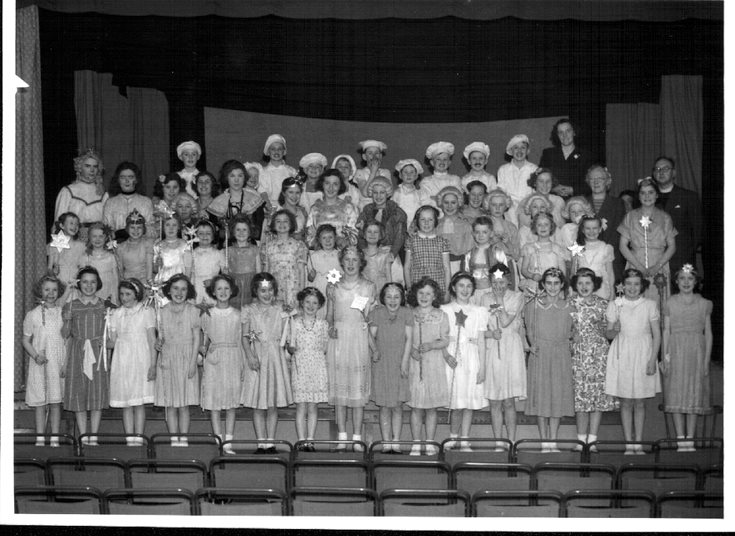 The photograph shows the complete cast of the operetta, 'Cinderella', which was held in 1951, the year after another similar show already on your site, 'Snow White and the Seven Dwarfs'. The driving force behind both shows was the Rev. Chaplin, Rector of St Andrews Church, who was ably assisted by Mrs Bella Cowe and Miss Bunty Warrack. The photo shows Bunty Warrack and Mr Chaplin on the right of the second row and Mrs Cowe on the right of the back row.
Picture added on 11 December 2008
Comments:
Brings back happy memories! Remember my 15 years spent in Alford as a war evacuee who never returned. I stayed at Wellfield with Willie Stewart, Baker and housekeeper, my "Mum", E Shepherd and have visited Alford now every year.
Added by Eleanor Craighead (nee McGregor) on 29 June 2010