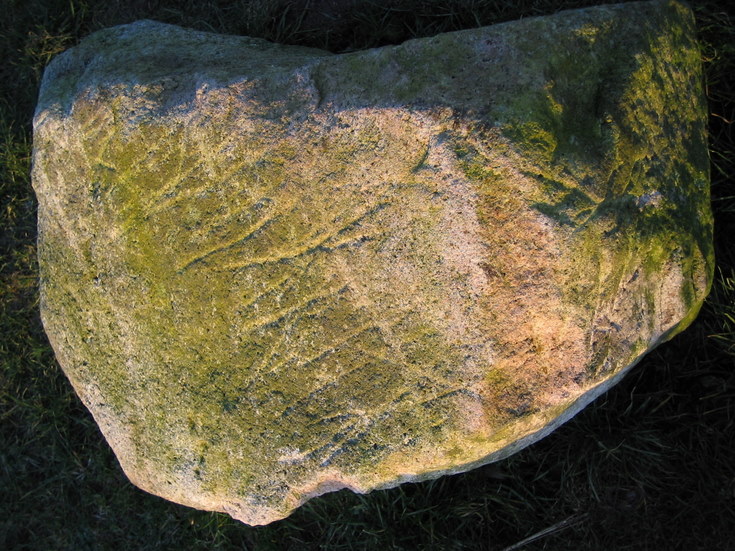 Similar markings on this stone, from the stone circle at East Aquhorthies, to those found near Alford (but not from any known stone circle). Do the markings on the Alford stones indicate that they may come from a former stone circle? Markings like these have been noticed on similar stones in a number of stone circles in Aberdeenshire.
Picture added on 17 August 2008
This picture is in the following groups
Prehistoric stones and stone circles