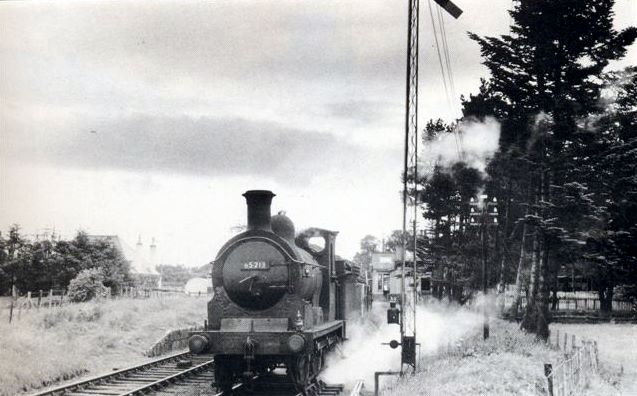 This photograph was taken on the Alford line on the 12th August 1954 and has been scanned from one of three railway books owned by Forbes and written by well known railway author and photographer, Peter Hay, who has kindly given permission to put them on the web-site.
Picture added on 11 March 2010 at 14:08
This picture is in the following groups
Alford Railway
External Links
Alford Railway Museum