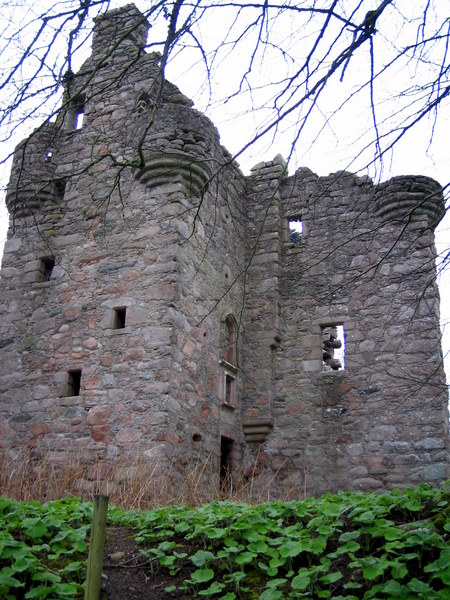 A good example of the compact 16th century, Scottish Z-plan tower house or small castle. These fairly small castles, quite common in Aberdeenshire, were the fortified homes of the minor aristocracy, regionally powerful landowner and successful merchant. As such they differ in function and design from the larger castles of the royal and political class, the need being for family comfort and security against a lawless country as opposed to the garrisoning and martialling of troops. Hence the single small entrance to the castle and absence of windows on the ground floor but provision of large, elegant windows to the 1st floor where the main hall was located. When the previous house was sacked by brigands in the early 16th century William Forbes of Corse vowed, "if God spares my life I shall build a house at which thieves shall knock ere they enter".