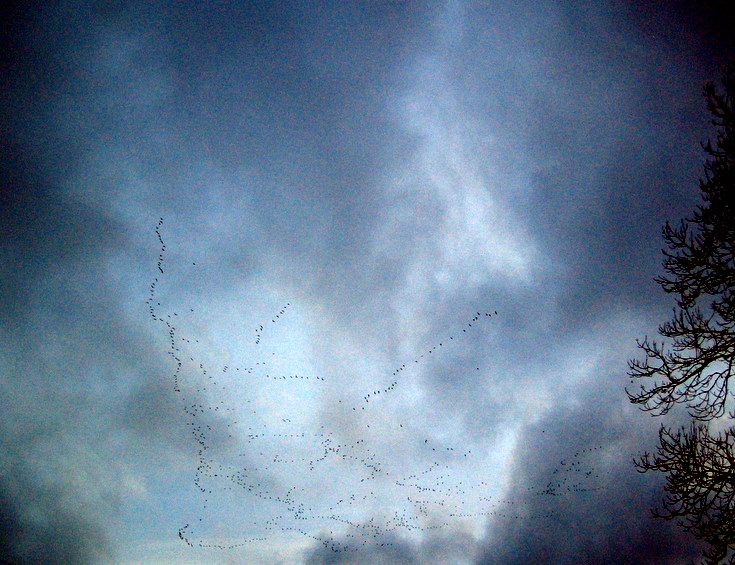 Becoming extremely common this winter, but I've not seen anything quite on this scale before. The entire sky was covered by skeins and sub-skeins, merging and separating again, then re-merging. It took several minutes for them to fly past, heading towards Loch of Skene, and the sound of their calls was so loud it could be heard clearly above the sound of the wind. I tried a quick count and estimated well over one thousand birds. Time of observation: 3.30pm Friday December 12th.
Picture added on 12 December 2008
This picture is in the following groups
Wildlife in and around the Vale

Wildlife in and around the Vale